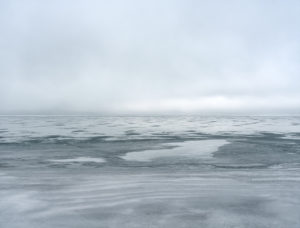 Further Information on Lake Pictures in The Lake Series

Cadence, a video by Lincoln Schatz, was created using lake pictures over the course of June to July of 2019 and can be seen here. Follow the Lake Series project on social media via Instagram.

Read more about the Lake Series project, along with an excerpt from Schatz’s new book, Transience, below.

Marking Time in the Lake Series 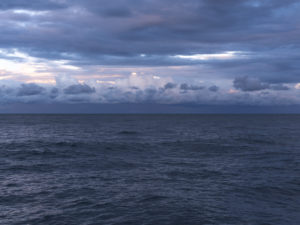 How do we understand the passage of time? Seen together these lake photos provide a way to understand. Through this serial investigation of Lake Michigan we are able to see for ourselves the shifting lake patterns over the course of days, weeks, months and years. Each day in the series is unique. No two entirely alike. As time has passed and the project has grown, the subtlety and variation that can exist as a result has grown exponentially.

When the Lake Series began in September 2015, it started as an impulse that became, over time, a ritual. Simply put, photograph Lake Michigan each day in the morning or at night. As time passed and the series grew in scale, patterns began to emerge and certain positions along the lake became the chosen sites for Schatz to work from. Each site has a special relationship to the landscape that surrounds it and Schatz chooses which site will be used on a given day based on weather conditions, time of day and year. Among other factors.

Lincoln Schatz on His Lake Pictures

“Lake Michigan is always and never the same. The lake’s nature is one of change. The lake depths reflect a human truth: we are constantly evolving even as we stand in the same skin. Photographing Lake Michigan is my daily ritual. I witness its shifts and moods. By capturing discrete moments in my lake pictures, I chronicle the passage of time.There is no constant, there is no end.” – Lincoln Schatz

How we understand time culturally has changed dramatically in the last ten years. Even in the last ten months. The Lake Series invites us to step back from the rush of the world and to spend time contemplating the incredible natural world that surrounds us through these lake photos.

At times the lake can be deceiving in it’s nature. Easy summer days passing one into the next typify what we generally picture in our minds when asked to envision the lake. The skies endlessly and perfectly blue. Not a single cloud in the sky over a calm and beautiful lake shimmering in the summer light. But at a moments notice, that can all change. The weather surrounding Chicago is able to shift rapidly regardless of season.

It is these changes in weather, in these dramatic swings from peaceful to tempestuous, from tranquil to threatening, that Schatz has been able to capture in the lake pictures that form the Lake Series project.

Lake Pictures Featured in Transience, Lake Michigan and Beyond

Transience, a new book by artist Lincoln Schatz, features works from several collections of limited edition photographs. Each exploring natural landscapes found within the United States and featuring a large selection of lake photos from the Lake Series. An excerpt from the introduction, One More Time, by Deb Wilke is featured below.

“Lincoln Schatz has a lifelong relationship with the sea. But as a native Chicagoan, the artist’s concept of a vast body of water is of the inland variety, one of a series of great wells carved by glaciers, filled in with icy fresh-water melt. Defining the city’s Eastern border, Lake Michigan’s lengthy reflection can cast a winter twilight in a glow of cerulean blue, extending over the urban skyline of glass and steel towers and to the Midwestern landscape beyond.

Even urbanites ensconced in a frenzied, 21st-century pace, often blithely content to acknowledge the shore as a mere recreational asset or property enhancement, are soothed by the lake’s steadiness, unable to escape its magnetic pull. “Look east and you see the lake, only the lake,” says Schatz. ‘Turn around and you see Chicago.’ ”

Click here to see the entire Transience book digitally. If you are interested in receiving a physical copy of Transience, please be in touch via email.