The Network by Lincoln Schatz is a stunning and unique portrayal of contemporary American leadership and innovation.

Lincoln Schatz’s The Network features eighty-nine subjects that include father of the Internet Vint Cerf and Supreme Court Justice Sandra Day O’Connor. Additionally, Emmy Award-winning journalist Cokie Roberts and Republican strategist Karl Rove participated in the project. Liberal heavyweight Vernon Jordan sat down for an interview as well. Schatz gives voice to those searching for solutions to difficult national and international issues. From National Cancer Institute Director Dr. Harold Varmus to Congresspeople that include Nancy Pelosi and Eric Cantor. Press Secretary to Barack Obama, Jay Carney, provided a fascinating look behind the curtain in his role. 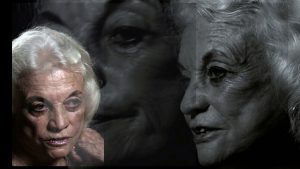 Every portrait was recorded via multiple cameras during a 45 minute long interview. Schatz films his sitters as they discuss their legacies, accomplishments, and aspirations. Back in the studio and working with the edited footage, Schatz uses custom software to create his art. Unlike traditional documentaries, this software constantly re-edits the interviews based on subject. This is the heart of what Schatz refers to as “the generative portrait” process. As a result, what you see is a system of chance and algorithms, creating links between seemingly disparate subject matter. 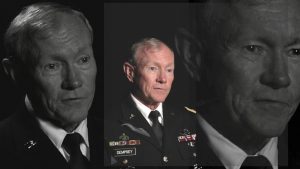 In addition to the artwork, there is also the accompanying book, The Network: Portrait Conversations. This book features still photos taken during the interviews that were all done at the National Portrait Gallery. Furthermore, it contains extended interviews from each subject. Following from the Smithsonian institution acquiring Schatz’s 2008 work, Esquire’s Portrait of the 21st Century, The Network, emerged in collaboration with the NPG. The Network: Portrait Conversations, was published by Smithsonian Books and can be purchased here.

Visit the project website, which features interviews from all the participants, further information about the project, behind the scenes and more here.